Jinnah International Airport (IATA: KHI, ICAO: OPKC Ground Handling Services) (previously Quaid-e-Azam International Airport is Pakistan's largest international and domestic airport. It is located in Karachi, Sindh, and its passenger terminal is also commonly known as the Jinnah Terminal. The airport is named after Crown attorney/statesman Muhammad Ali Jinnah, the founder of Pakistan and its first Governor General, who was popularly known as the Quaid-e-Azam

The airport provides primary hub for the flag carrier, Pakistan International Airlines (PIA), Sireen Air and Airblue as well as many other private airlines. The airport is equipped with aircraft engineering and overhauling facilities including the Ispahani Hangar for wide-body aircraft.

However, due to the emergence of Dubai's airport on the world map, increased usage of longer haul aircraft, and the poor political climate of Karachi during the 1990s, several airlines discontinued their service to the airport.

A Seamless Transition from the Ground Up, your experience on the ground with us is just as important as in the air. Our team of experts continually work to improve the quality of the end-to-end services, we deliver on ground to facilitate our valuable customer flights at OPKC KHI Ground Handling Karachi Pakistan from arrival till departure.

The permission for non-schedule flights will only be given to Authorized Flight Permission Agents.

Permission for Helicopter flight operating at an altitude below 10000 ft shall be issued in coordination with concerned security agencies for which at least 15 days’ notice is required.

Permission for Aerial photography & Aerial spray flights operating at altitude below 10000 ft shall be issued in coordination with concerned security agencies for which at least 15 days’ notice required.

Permission for low flying by fixed wing aircraft operating at an altitude below 10000 ft shall be issued in coordination with concerned security agencies for which at least 15 days’ notice is required.

Operator is to request for permission for demonstration flight by foreign registered civil aircraft at least 10 days in advance. Permission will be issued in coordination with concerned security agencies.

Permission for VVIP or VIP flights shall be processed through Ministry of Foreign Affairs (MOFA), Islamabad Pakistan for prior approval of the Federal Government through diplomatic channels.

Permission will be issued on receipt of the concurrence from MOFA by Air Transport Directorate, CAA.

Clearances for all military flights operated by military aircraft and to military/civil airfields are given by Air Headquarters.

Provided traffic conditions permit, ATC clearance for VFR flights will be given under the conditions described below:
a) A flight plan requesting ATC clearance, containing items 7 to 18 and indicating the purpose of the flight shall be submitted.
b) ATC clearance shall be obtained immediately before the aircraft enters the area concerned.
c) Position reports shall be submitted in accordance with 3.6.3 of ICAO Annex 2 except all General Aviation aircraft engaged in domestic non-scheduled operations.
d) Deviation from the ATC clearance may only be made when prior permission has been obtained.
e) The flight shall be conducted with vertical visual reference to the ground unless the flight can be conducted in accordance with the Instrument Flight Rules.
f) Two-way communication shall be maintained on the frequency prescribed before flight takes place in the Control Zone.
g) The aircraft shall be equipped with SSR transponder with 4096 Codes in Mode A/3. Flights performed in connection with parachute jumps shall, in addition, be equipped with Mode C with automatic transmission of pressure altitude information (cf. ICAO Annex 10, Volume I). Exemption from this requirement may be granted by Karachi Control.
h) Arriving VFR Flights, desirous to avail RADAR air traffic information service, beyond the limits of control zone, but within the limits of TMA are required to notify their intentions on first two-way communication with Karachi APP. Departing VFR flights shall do so prior to their departure from the aerodrome concerned or as early as possible after departure.

Note: ATC clearance is intended only to provide separation between IFR and VFR flights.

Normally, aircraft are vectored and sequenced to the final approach for RWY 25R. (ILS, VOR/DME) or to final approach for RWY 07L (Visual Approach), so as to ensure an expeditious and orderly flow of traffic. Radar vectors and flight levels/altitudes will be issued, as required, for spacing and separating the aircraft so that correct landing intervals are maintained, taking into account aircraft characteristics. Radar vectoring charts are not published since the instrument approach procedures and altitudes ensure that adequate terrain clearance exists at all times until the point where the pilot will resume his own navigation.

Nawab shah (OPNH) aerodrome is the designated alternate aerodrome for Karachi/ Jinnah International. Masroor airfield is not available for any flight as diversionary airfield except in emergency.

a) Flight plan shall be filed for the flight concerned.
b) ATC clearance shall be obtained from the Control Tower.
c) Deviation from ATC clearance may only be made when prior permission has been obtained.
d) The flight shall be conducted with vertical visual reference to the ground.
e) Two-way radio communication shall be established on the frequency prescribed before flight takes place in the Control Zone.

The airport has two runways, one is 3,200m and other is 3,400m long. Runways, 25R/07L and 25L/07R, each 46 m (250 ft) wide. The runways have capacity to handle 15 flights per hour. Runway 07L/25R is equipped with ILS to guide landing aircraft safely under very poor weather conditions and also allowing planes to land in low visibility conditions, such as fog. The taxiway able to handle 12 aircrafts at a moment while parking area for aircrafts is 266,000 sq meters where 42 aircrafts can be parked and 12 with contact gates. In addition, there is remote parking bay for 30 aircrafts. 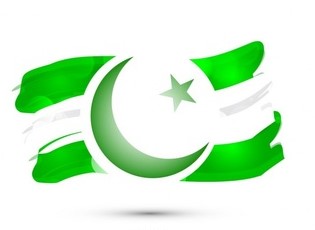